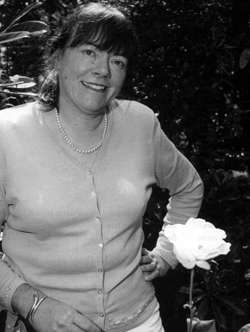 Mieke Mosmuller (*2.21.1951 in Amsterdam) is a physician, a philosopher and an author. Through research on and with spiritualized thinking she shows the importance of the development of pure thinking both for world development and for humanity.

Over 50 books followed in some of which she describes this philosophy and her perceptional ability of the spirit, and in others gives form to this in her novels in which several human talents are personified. Many of these books have been translated into German, English, French and Danish (see bibliography). Her books - in the meantime – also find their way to The United States of America, Canada, South Africa and Australia.

Since the appearance of her first book, Mieke Mosmuller is regularly invited to give talks and seminars in The Netherlands and Belgium, and, since 2009, also in Germany, Denmark and Switzerland. On top of that there are seminars of several days in the Bernese Oberland (Switzerland ) during Spring and Summer. Trips to Chartres take place as well.

Mieke Mosmuller is a researcher of clear thinking. She builds up her research on an inner path of development which she owes to the indications of Rudolf Steiner – referred to in her novels as 'The Master of Occident'.

Mieke Mosmuller was born on 2nd February 1951 in Amsterdam. Her father, David Crull, hailed from  Noord-Holland, her mother, Marie van den Broek, came from Limburg. The two met in Limburg and settled in Amsterdam. Mieke was the only child and experienced the loss of her father at the age of eight (she was present at his sudden death). Ever since, the matter of death has lived in her continuously. She was a gifted child who had the desire to enrol in the city's Barlaeus Gymnasium after her catholic primary school. She had a strong will to get to know life. She graduated with high marks for both the alpha as well as beta subjects. She learned to know Bach during maths lessons and developed a deep love for that music; she herself played the piano and classical guitar. She studied medicine at the university of Amsterdam. During her studies she met her husband Jos Mosmuller, a fellow medical student. After graduating, they settled in Limbricht as General Practitioners with a pharmacy. They had three children.


In 1981 they discovered homeopathy as an extraordinarily effective medicine - in spite of all scientific prejudices. In relation to this, they found the theoretical knowledge founded in the anthroposophy of Rudolf Steiner.  In 1985 they moved to The Hague where they worked as general practitioners in homeopathy, and where they further researched anthroposophy and its meaning for the world and humanity.  Since 1993 Mieke Mosmuller has been writing books, published by her husband through the Publishing House Occident. They have been living in Baarle Nassau since 2003.

Anthroposophy and the theory of knowledge

From 1984 till 1998 Mieke and Jos Mosmuller  were members of the Anthroposophical Society and of the 'Freie Hochschule für Geisteswissenschaft'. Through study and meditation of Rudolf Steiner's book 'The Philosophy of Freedom' a whole independent inner development started. In her first book 'Seek the light that rises in the west', she describes this development as a possibility for each person in our time. It is the foundation for all her following books in which she repeatedly expresses the importance of independent, active thinking. During her work as a General Practitioner she experienced the necessity of that, all the time. The training of thinking weaves into feeling and into willpower and brings an increase in harmony, peace, rest, health and psychic power - as the result of an ever-increasing activity of thinking. Such development also works preventatively against alcohol and drug addiction and forms the best prevention against dementia. Mieke Mosmuller has inspired many people with her research.

Over several years the famous cabaret artist Toon Hermans had talks with her about his ideas on God and on beliefs. In 1998 these talks appeared, entitled 'Just God'. 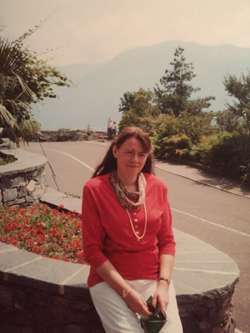 In the course of time the essential point of separation has been brought to light in ever more publications. This point lies in the understanding of the third chapter of Rudolf Steiner's book 'The Philosophy of Freedom'. A lot has been said and discussed about the 'notion of the situation of exception' referred to there. Through perception and thinking, contemplation and thinking, the human being comes to know things, facts and himself. However, the thinking itself as an activity is never seen, one sees only the content of thinking. Trying to observe the activity of thinking is, so to speak, an exceptional situation because you never come that far in normal life. In this third chapter Rudolf Steiner describes how this is experienced in the mind and says that it would never be possible to contemplate actual thinking - while actively thinking. Steiner writes that the two processes, of thinking and contemplating of thinking, do always take place one after the other.

Through intensive research of this 'Observation of Thinking' Mieke Mosmuller found, however, that this 'never' goes for the thinking of the mind but that it is indeed quite possible to contemplate actual thinking, contemplating while thinking, when this inner activity goes through a metamorphosis.  Precisely such a metamorphosis brought her to the sight of the spirit, to a contemplating consciousness. Thus she started to place this 'never', in a different light.
Exactly this point of thinking – contemplation - of thinking, Mieke Mosmuller came to know as the foundation of anthroposophy. It became the philosophical cornerstone of her book 'Seek the light….'

She describes very clearly the path of meditation which leads one to the point of this actual contemplation of thinking. One perceives the thinking activity at the same moment at which this is developing. It is observing, knowing and experiencing simultaneously. It is not so much the content that is being unfolded as much as a turning to the source from which the thoughts are unfolding. It is not about the content of thinking, it is about the content in process, about the living cohesion between the notions.  It is the condition in which one is 'knowingly' one with oneself, the independent experience of the spirit starting from clear thinking. With this insight she has also found a ‘medicine’ in her work as a General Practitioner. This ‘medicine’ is available for all people - if wished.
Rudolf Steiner in 'Von Seelenrätseln', GA 21, S. 109 f.:
“I am not of the opinion that spiritual contemplation is only to be reached as a special gift for exceptional people. I must see this contemplation as an ability of the human soul that anybody can make its own, whenever he awakes to the leading experiences of the soul.”

Her work, a task for the world 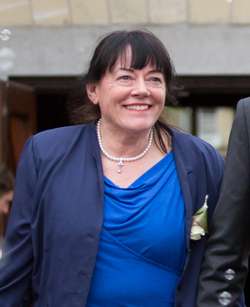 Mieke Mosmuller sees in the transition from the 19th Century - where trust in thinking still existed somehow - to the 20th Century, where this trust is no longer to be found, the appearance of a decisive shift. Because of a loss of confidence in thinking this is increasingly replaced by the importance of the spoken word.  As a consequence, the value of the inner universal 'languageless' thinking shifts to national speech. How the human being comes to insight is no longer researched, because thinking for the modern researcher belongs to the area of subjectivity, and thus is not regarded accessible for scientific research.

However, in her book 'I do as I like' Mieke Mosmuller describes how insight, again and again, is born in the secret depths of the human being. Man comes to insight through transforming what he observes in images, and forming these, through his capacity of remembrance, into a notion, an idea. However, since one believes that objectivity can only be found in sense perceptions - and these have become a superior power also -  people notice ever less their own thinking, their notion, themselves as understanding creatures. Only then, the power of sensory perceptions shall also gain victory.
Mieke Mosmuller, 2013:

This rescue of the downfall of thinking is at the same time the rescue of liberty - but herewith also the preservation of the highest quality the human being possesses, a quality not to be found in any other form of life: Love. 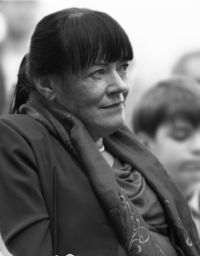 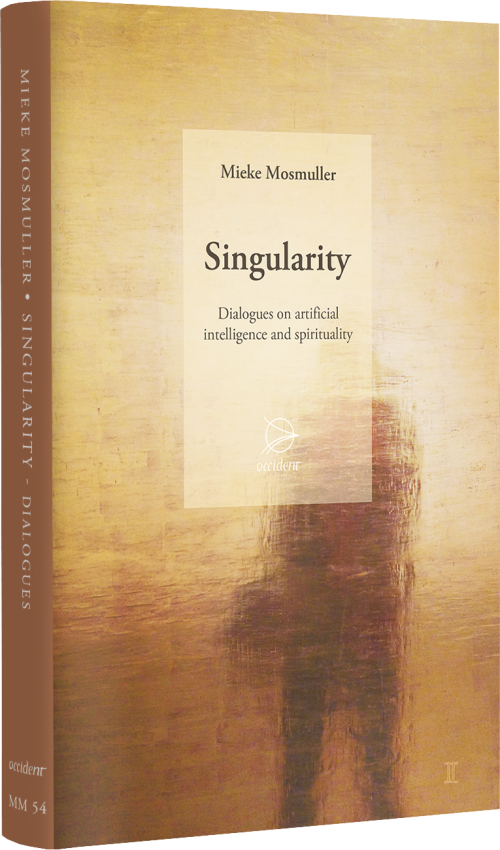 “But there could come a time when the cloud of information could spread out over the whole cosmos at a greater speed than light can, and even radiate through the black holes to outside cosmic areas - that is to say, areas we cannot know yet.” ...