Seek the Light that Rises in the West

Fear, doubt, insecurity, illness, loneliness, death... These are difficulties in every human life, from which one cannot escape in any way, and for which no worldview, science, nor social life seems to be able to give comfort anymore.

As a bookseller, you can order with the usual bookseller discount. Please contact bookseller@occident-publishers.com.

These are difficulties in every human life, from which one cannot escape in any way, and for which no worldview, science, nor social life seems to be able to give comfort anymore.

For the Westerner, thinking is a main problem. As a result of the development of science, there is a continually growing body of factual knowledge; but faith is left behind, as well as certainty in knowing, in science. If we look for consolation in times of doubt and loneliness, must we leave the realm of thinking and turn to different areas of our soul-life (such as to be more in-touch with our feelings)?

Or is it possible in this time of rational thinking, that thinking is precisely the key to coming to a faith that is based on certainty in knowing?

In this book we are summoned to learn to experience this problem of the Westerner (the problem of thinking) ourselves, in order to come from this gained experience to our own insight in the path which leads us away from the darkness of rational intellect.

Just there, where twilight falls, we find the light that enlightens doubt and loneliness, but also illness and death. Knowing for certain is not modern, and one could say that this book is a revival of an outdated idealism. That objection can only be made if one overlooks the fact that a decisive step is made in this work, enabling all old questions to arise in a new light. It is the step of the self-experiencing of thinking, through which a self-knowledge becomes possible which adopts a scientific character on the one hand, and is at the same time the pathway to a modern mysticism.

Thus sounds the ancient summons to the new self-conscious man in the 21th century:


Mieke Mosmulller
Mieke Mosmuller(1951) was born inAmsterdam and studied medicine there. She has worked as a doctor since 1978. In 1983 she found anthroposophy, and an intense meditative inner life began.

‘Seek the Light that Rises in the West’ was published in Dutch and German in 1994. Since then she has written 28 books, many of which have been published in German. She writes about philosophy and anthroposophy and she has also written 14 novels. In 1998 a book was published (Simply God) that contains her conversations with the late Toon Hermans,  a well-known comic and cabaret artist in the Netherlands. She gives seminars in many European countries.

As a bookseller, you can order with the usual bookseller discount. Please contact bookseller@occident-publishers.com. 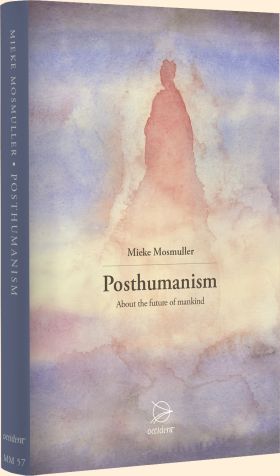 Posthumanism - About the future of mankind